DC’s unlikeliest group of Super Heroes are back as Warner Bros. Home Entertainment gets set to release DOOM PATROL: THE COMPLETE THIRD SEASON on November 15, 2022. 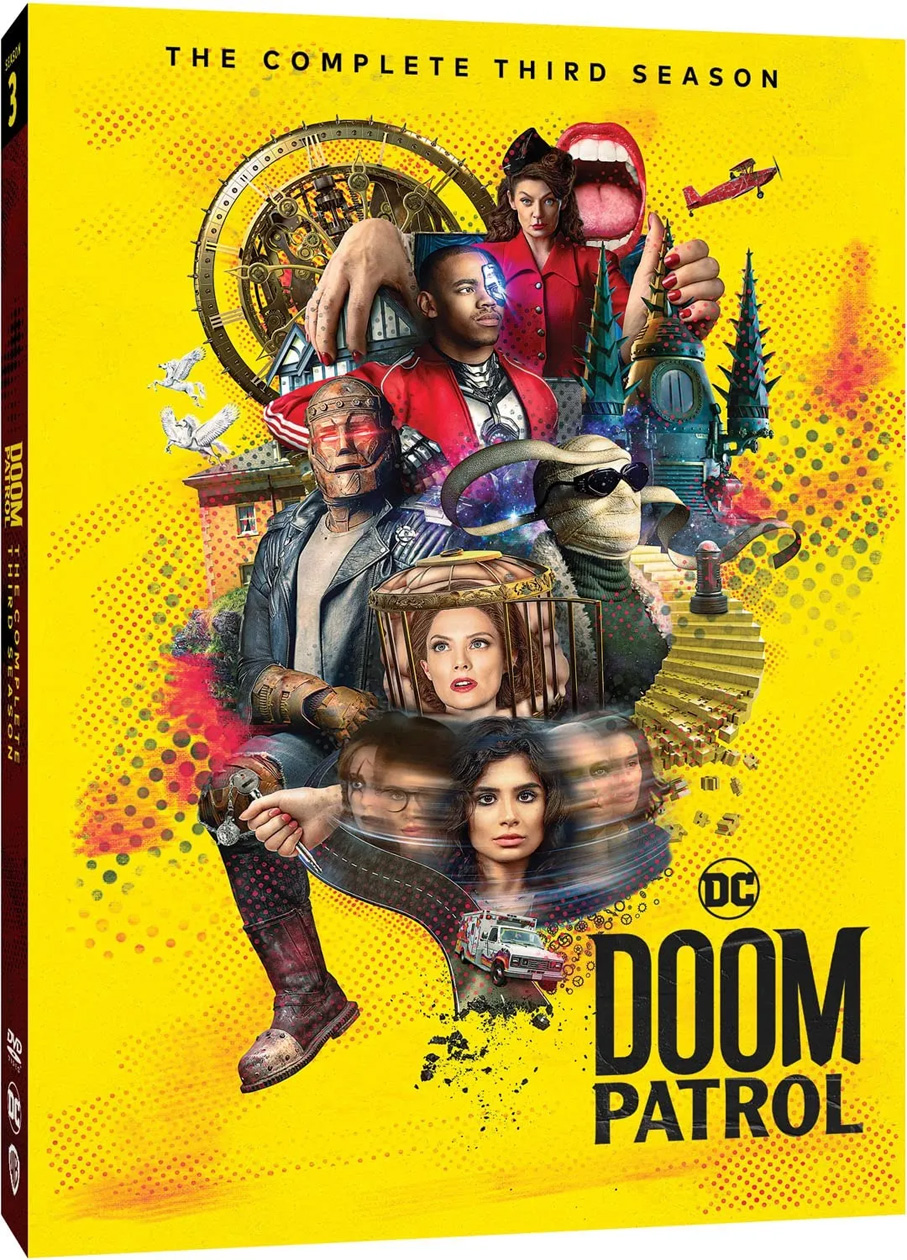 Featuring all 10 explosive episodes from the third season with all-new bonus features DOOM PATROL: THE COMPLETE THIRD SEASON is priced to own for $24.98 SRP for DVD and $29.98 for Blu-ray, which includes a Digital Copy. The show is also available to own on Digital via purchase from all major digital retailers.

DC’s unlikeliest group of Super Heroes, the Doom Patrol, are ready to save the world… kind of. After suffering horrific accidents that gave them superhuman abilities, Cliff Steele aka Robotman (Brendan Fraser), Larry Trainor aka Negative Man (Matt Bomer), Rita Farr aka Elasti-Woman (April Bowlby), Jane aka Crazy Jane (Diane Guerrero), and Victor Stone aka Cyborg (Joivan Wade) were each left scarred, disfigured, and ostracized – until scientist Dr. Niles Caulder (Timothy Dalton) brings the outcasts together to treat and protect them. Gritty and irreverent, Doom Patrol follows this part support group, part superhero team as they take on evil, otherworldly forces determined to destroy humankind – even if it wants nothing to do with them.

A reimagining of one of DC’s most beloved groups of Super Heroes, season three has a 100% approval rating on the Rotten Tomatometer. The third season of Doom Patrol opens with Niles Caulder’s “super” daughter Dorothy’s confrontation with the Candlemaker that leads to a devastating loss. The Doom Patrol is at a difficult crossroads and each member struggles to face who they are and who they want to be. And things get a whole lot more complicated when Madame Rouge (Michelle Gomez) arrives in a time machine with a very specific mission, if only she could remember it.​

DIGITAL
Doom Patrol: The Complete Third Season is currently available to own on Digital. Digital purchase allows consumers to instantly stream and download to watch anywhere and anytime on their favorite devices. Digital movies and TV shows are available from various digital retailers including Prime Video, Apple TV, Google Play, Vudu and others.

The series is produced by Berlanti Productions in association with Warner Bros. Television with Jeremy Carver, Geoff Johns, Greg Berlanti, Sarah Schechter, Chris Dingess and Tamara Becher-Wilkinson serving as executive producers. The series is based on characters created for DC by Arnold Drake, Bob Haney and Bruno Premiani. Doom Patrol has been renewed for a fourth season on HBO Max.